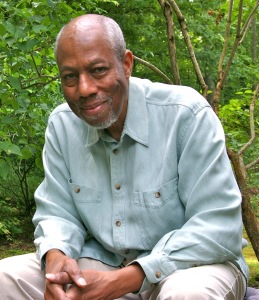 When I started this blog, the first piece of advice I received was to find other blogs that I admired, blogs that I thought would appeal to the readers I hoped to attract. After scrolling through blog after blog, I found one that stood out from the rest.

It was classic and classy, well-written, witty, and wise.

It was Lee May’s Gardening Life.

I left a comment immediately and added the site to my newly learned term: a blogroll. For some time, Lee May’s Gardening Life was the only blog listed on that roll.

It had been a long time since I had written. Prior to blogging and prior to my life as a school social worker, I had been a journalist — but that was a long ago chapter in my life. So when Lee — a much-respected journalist — replied that he liked my writing, he provided water to my young sprouting blog and to my soul.

I never met Lee. I simply knew him as a wonderful writer and a generous gardener. Each comment that he left on this site was a jewel of inspiration.  Here is one he left from The Writes of Autumn:

Ah, autumn. I understand your response to the season considered the killer of time outdoors. Try to see it another way, Kevin (that is, try to see it my way): It’s the flip side of spring, with colors not round and soft like spring’s but hard-edged and sharp-angled – like the autumn light.

I think of fall as bracing, like the nights that increasingly chill, making that warm bed even more welcome, comforting.

Through his own blog, I learned of Lee’s love of mosses, struggles with some plants, joys with others, and of his non-blogging life — his wife and family, his memories and future garden plans, his philosophy and humor, and, most recently, his health issues.

Lee was diagnosed with cancer in mid-September — and as recently as November 1, in the midst of chemo and hospice, he was posting on his blog:

Dancing On The Ceiling

One morning between my first and second chemo treatments, I noticed that my view of the world had shrunk mightily. My broad chunk of doings from out there had narrowed to a few spots; each morning was filled with a sameness as I scanned walls, amazed that my view had withered so profoundly.

Until I happened to look up and see shadows dancing on the ceiling, filled with light I had not expected. I could almost touch it.

This is the beauty of Lee’s writing, of his sensitivity, of his ability to wrap a reader in a warm, comforting blanket of words. I, for one, am thankful that I had the chance to not only be inspired by his words, but also by his humanness.  His beautiful humanness.

My thoughts and prayers are with his wife, Lyn, and his family.

26 thoughts on “A Gardening Life Remembered”