Baby, it’s cold outside.  And for Joe and me, the cold temperature is our cue that it’s time to wrap our windmill palm for the winter months.  So while we’re outside, I’m offering my seasonal repost of what it is that we’re doing and why. 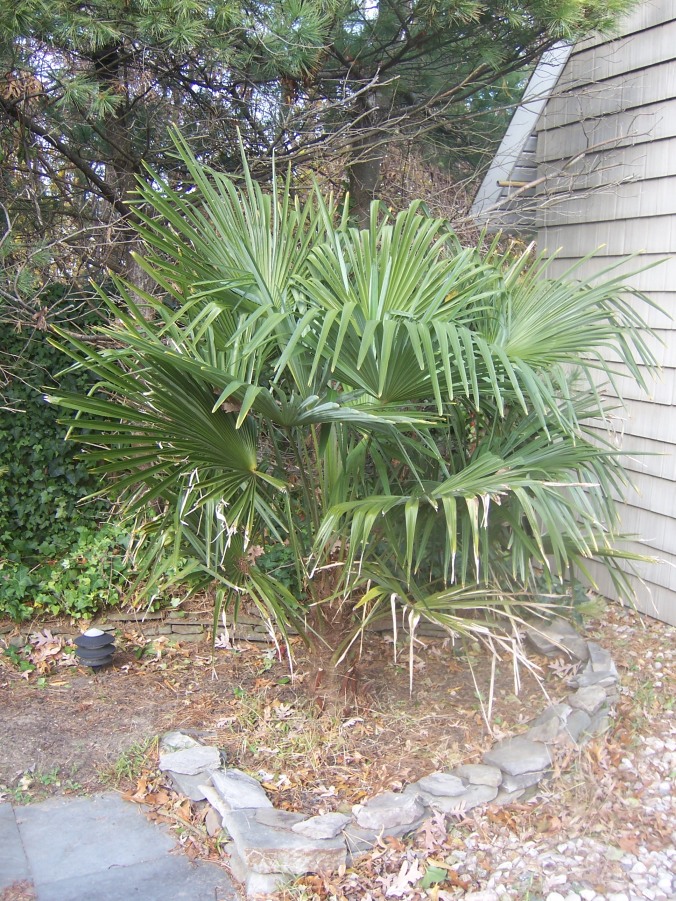 I may be the gardener of the house, but Joe also has his landscape loves.  One of his greatest is palm trees.  His absolute fave is Cocos nucifera, the coconut palm.  If it were up to him, coconut palms would be growing everywhere.  We often joke that he would be to coconut palms what Johnny Appleseed was to apples — only he would be called Joey Coconuts, which does sound a little — alright, a lot — like a character from “The Sopranos.”

Sadly, coconut palms will not grow in our Zone.  Nor will most other palms found around the world.  So what’s a palm lover to do?  About 10 years ago, we purchased a windmill palm, Trachycarpus fortunei to be exact, from Stokes Tropicals.  Originally grown in China, the windmill is one of the hardiest of palms, able to tolerate a fairly severe freeze and a light winter snow cover.

But this is Long Island, and winters are unpredictable.  Sometimes mild, sometimes snowy and frozen — and after the year we’ve had, who knows which winter will come our way.  Although the palm receives full sun, there are steps that we must take — or rather Joe must take, with my assistance — to ensure winter survival. 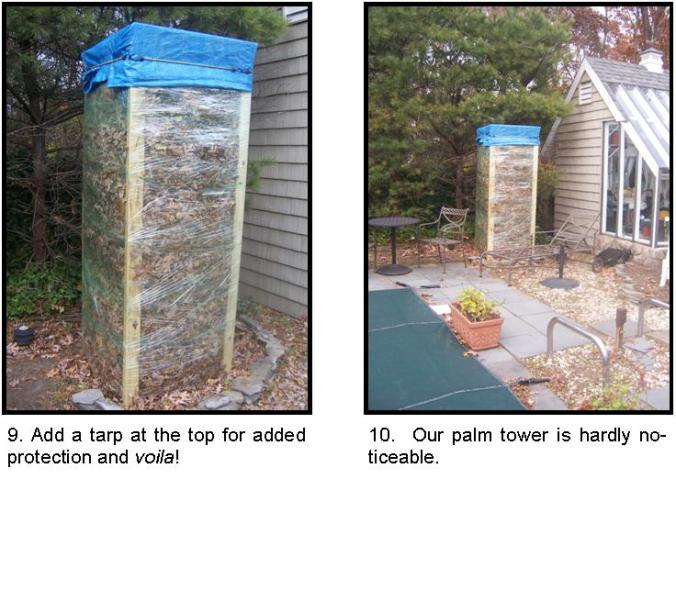