We can learn a lot from trees.  I first realized this after visiting the Survivor Tree at Ground Zero — and now, in the wake of Sandy, trees continue to teach me. 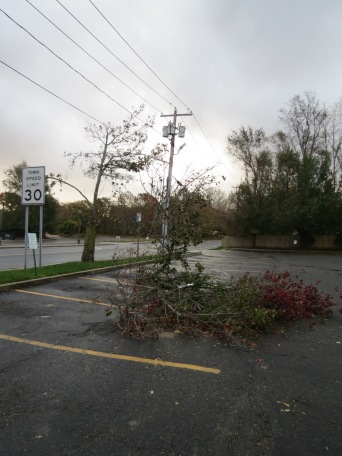 It was planted years ago, along with two others, by a local business interested in prettying up a very busy street corner.   I remember when they were all planted.  I was thrilled — at last, a business was taking an interest in beautifying the community.

Besides, at the time, the Bradford Pear was the tree of the moment, planted by towns and homeowners because of its flowering beauty, graceful shape, and instant shade ability.  Their abundance in the landscape — both public and private — turned spring into a flowering tree extravaganza.

The trees planted by this business did what they were expected to do — especially on hot summer days when residents huddled under their cool shade while waiting for the public bus.

But one by one, the trees have disappeared.  One was badly damaged after being hit by a car.  A second came down in a storm.  Now, this is the sole survivor, and I know the story of each of its missing limbs — as if I am telling the tales of the scars on my own body.

One major limb cracked off a few years ago, a wound from Hurricane Irene.  Another was pulled off by a truck that was too tall and wide for the roadway.  And now one of its last remaining large limbs has come down, thanks to Sandy.  But the tree still holds on, no matter what man or nature have hurled at it.

And this week, nature has hurled an awful lot at our trees.  And at us.

On a recent drive to my parents house to get my own glimpse of the trees that are resting on the roof of their house, I could not help but look out of the car window at all of the other trees that toppled over as a result of Sandy.   This is what I learned.

Bradford Pears were a huge casualty, probably because of their tightly packed leaves and branches and soft wood.  Perhaps we need to loosen up and toughen up.

Life may not return to normal for a long time, and services cannot be started immediately.  Recovery is a process — whether it’s recovery from an addiction or recovery from a tragedy — and the process will go at its own pace regardless of our wishes.

This idea recently occurred to my neighbor, who is still without power.  Since he is the only house in the neighborhood, it may be some time before the power company even arrives at his house — it’s a reality that he has come to accept.  And although he would like to have the convenience of his life back, he admits that there is something nice about not having power.  His family is playing games and talking — and not retreating to their electronic world in their individual bedrooms.

Maybe — just maybe — we should take the time to unplug, especially after life returns to normal.

The oaks either cracked or toppled completely, probably because of their unwillingness to bend.  We need to be flexible and less rigid during this time.  It will help ease some of the post-hurricane stresses, which are now just starting to bubble. Without flexibility, we may snap — and what good is that? 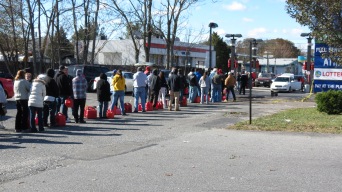 In a scene right out of The Hunger Games, homeowners and drivers are lining up for hours for gasoline in order to power their generators and cars.  Some areas are even rationing gas.  There is a shortage of sorts — partly due to NY Harbor being closed (and now reopened) and power issues at various fuel terminals.  Police and attendants are manning the gas stations to maintain order — because nerves are fraying.

For me, it means not driving.  I’m staying local and doing a lot of walking and conserving the gas in my car for when my job resumes — and when it does, I will carpool.  The gas shortage is temporary — and patience (a word that many of us may longer know) is a necessity.

So many pines came down — I think because of their shallow roots.  Ironic isn’t it — that a plant with the word “ever” in its name should have shallow roots?  That a tree so many of us count on for year-round greenery could be so quick to leave?

Some people have said they want to leave, that they never want to experience this again — but the truth is, our roots run deeper than an evergreen.  Those roots are necessary for many of these communities to rebuild and survive — and I do hope people will rethink their decision to leave.  It’s because of people — not trees — that each of these communities has its own flavor.  It makes Breezy Point different from Seaside, which is different than Long Beach, which is . . . You get the picture.

If we stand alone, we’ll fall over.  Together, we have a chance.

If you would like to help in the recovery process, donations can be made to the American Red Cross.

21 thoughts on “After Sandy: Let Trees Be Our Teachers” 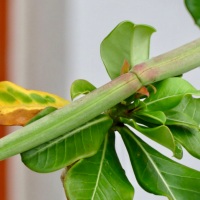 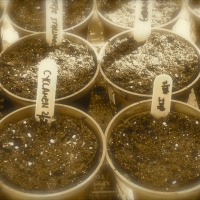