There was a time when cameras used film, and that film had to be brought to a photo developing retail outlet, and that outlet would print your photos and supply a free second set.  One set for the photo album; another set for . . . well, I guess, a box.

That’s the box I recently came across while in the attic — for Joe and me, that’s 25 years of negatives and photos of vacations gone by, and so many “ahhhhh” moments captured — the sort of moments that begin with a single picture and then goes something like this, “Remember when we. . . and that’s when . . . and we saw . . . “

Soon, the moments are stitched together, like a verbal photo album.

In the photo above, Joe and I were driving through the heart of Sicily in search of the village from where my maternal great-grandfather began his journey to America.  At one point, there was a curve in the road and a view of the valley, orderly rows of olive trees caught in a game of hide-and-seek sunlight.

Join me as I take a walk down memory lane, or, rather, down the global garden path . . . 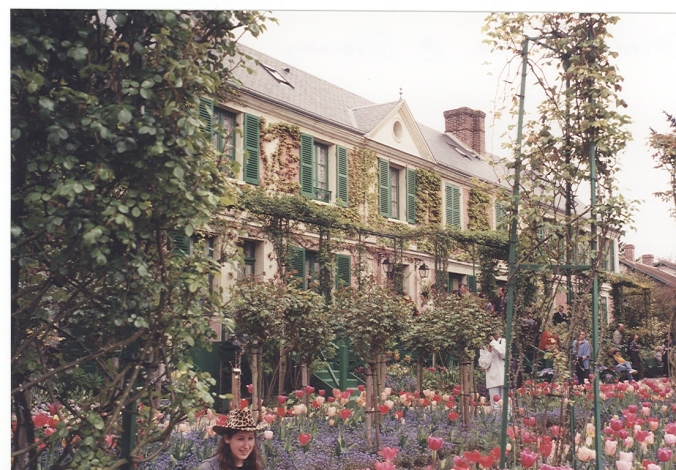 No garden tour would be complete without a detour to Monet’s magnificent garden.

I was mesmerized by some of the design elements and techniques used in the garden.

Every garden should have a water element — and a stroll (and lunch) along San Antonio, Texas’s, ribbon of water was perfect for this warm afternoon. 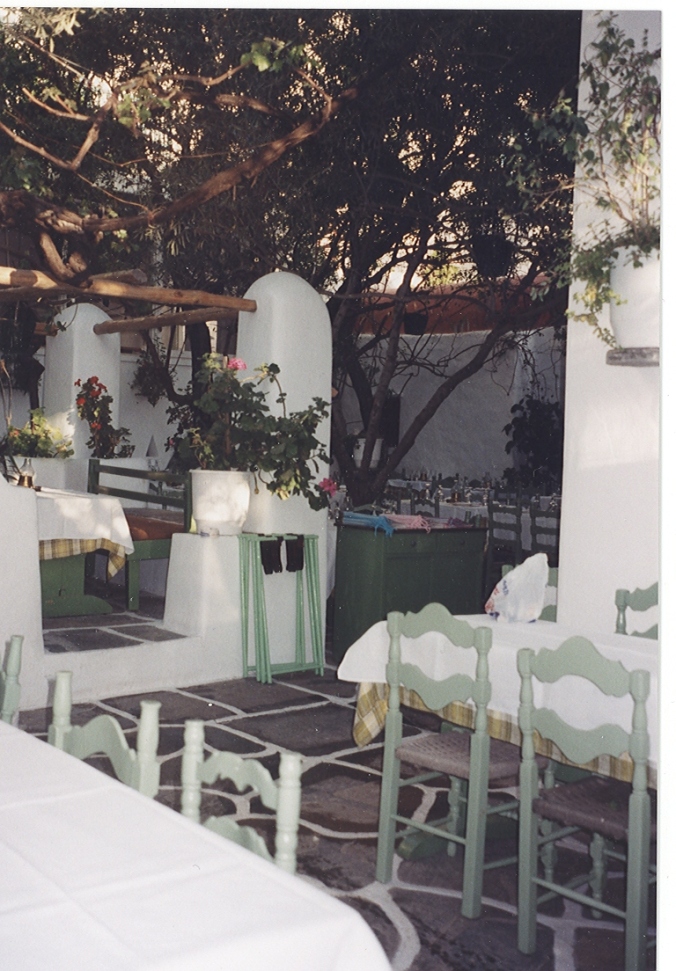 Not necessarily a garden in the “garden” sense of the word, but a tree-covered courtyard
on Mykonos was an ideal location for an early dinner.

Newport, Rhode Island, is known for its mansions — and where there’s a mansion,
there’s also a garden. 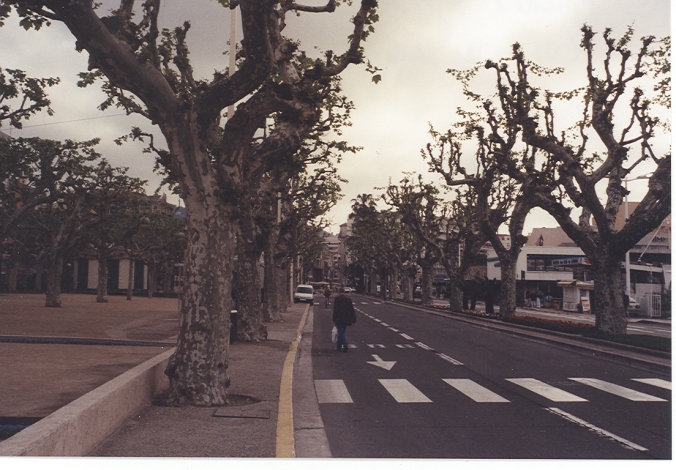 On one of my first trips to Europe, I was intrigued by the pollarded trees —
a pruning style I had not really seen on Long Island. This is a street in Cannes. 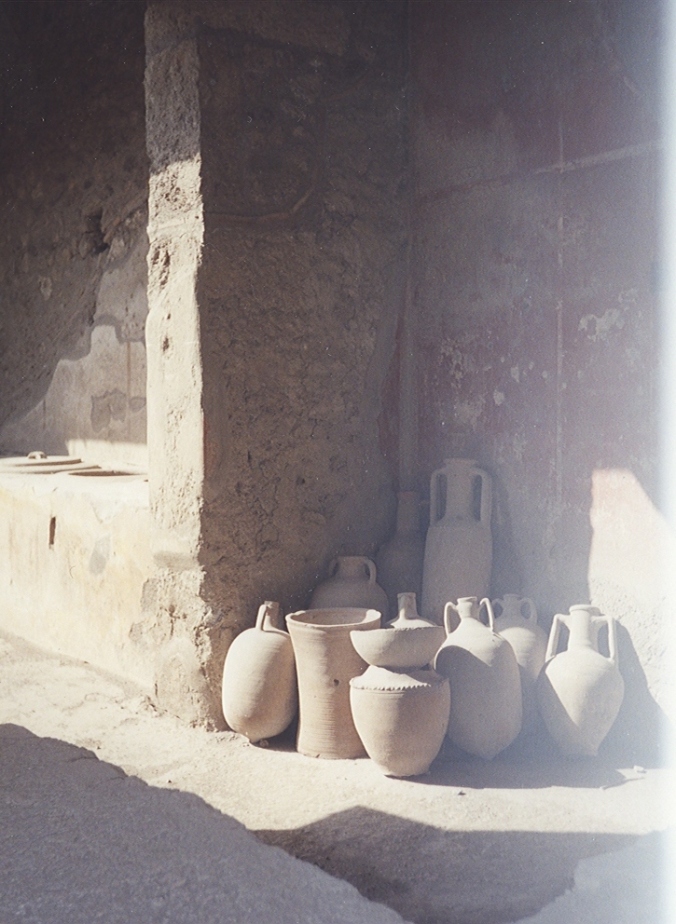 A photo of my other favorite — clay pots. These were in Pompeii —
amazing to think of the hands that created them, carried them, and were buried with them. 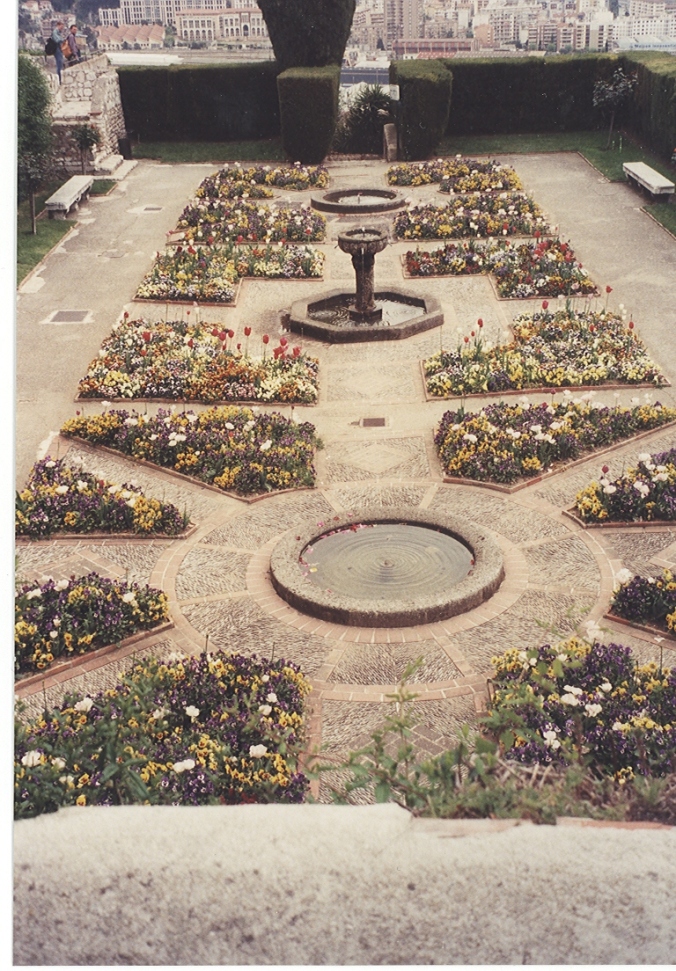 I always find myself drawn to the structure of formal gardens.
This one was found on the grounds of a monastery overlooking Nice.

While strolling around Capri, we made a few turns and were surprised to find this arbor covered in wisteria.
I like the inviting mystery of what could be at the end of the path.

This Sunday is the kick-off. 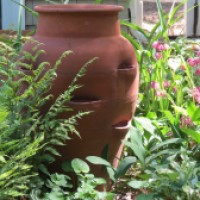