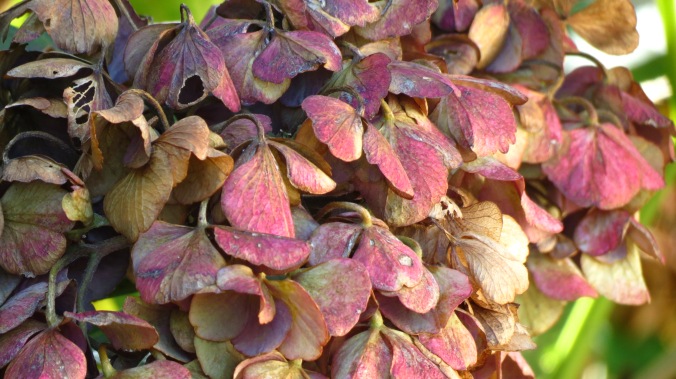 I stepped outside this morning and I could see my breath.  Clearly, summer left the building — or at the very least, it left the garden.  Almost immediately, I began singing Lana Del Rey’s smash, “Summertime Sadness” — or, rather, just the chorus: “I’ve got that summertime, summertime sadness, oh-oh-oh-oh-oh.”

I’ve actually been a little melancholy over the past few days.  Maybe it was the 9/11 anniversary.  Maybe it’s the start of another school year.  And maybe it does have to do with the change in weather.  While the cooler weather signals the time to clean and store terra cotta pots, elephant ears, and canna — as well as myself — for the winter months, there is something else on my mind.

My blue mood began with “The Scarecrow,” a video advertisement from Chipotle Mexican Grill that ties in with the release of the company’s app-based game.  The game is one thing — but the video itself is genius.

With the use of imaginative computer animation and the haunting voice of Fiona Apple singing a song from most of our childhoods, the thought-provoking video follows the journey of a very sad scarecrow as he realizes the loss of fresh food and his efforts at delivering the good stuff to the residents of the City of Plenty.  I think I’ll let the video speak for itself. . .

As I, a little scarecrow in my own right, stood in a cloud of crystallized breath, I turned and went inside to embrace my summertime sadness, my loss of summer and of food, as well.

What has happened to food?

I don’t think it’s my age or a sense of nostalgia that has me thinking food tasted better when I was a boy.  I know that it did.    Peaches used to be juicy.  Watermelons used to be red and full of seeds.  And let’s not forget snack foods. They used to be bigger.  Somewhere, I know there must be a study about the incredible shrinking Entenmann’s crumb cake.

“Crowbots,” I thought to myself, “are everywhere.  They’re ruining everything.”  That’s when I heard the calls from outside.  Crowbots — or some kind of blackbird or grackle — had invaded my turf.

And there were plenty of them.  At this point, I think it’s fair to say that I had stepped into a scene from Alfred Hitchcock’s The Birds — only I wasn’t about to be Tippi Hedren cowering in a phone booth.  (By the way, when was the last time you saw one of those?)

I grabbed my camera and went outside to witness what I could only describe as an aerial assault.  Birds were in the oak trees above my head, hurling acorns to birds on the ground.  Many of the acorns sounded like rounds from a bb gun as they ricocheted off of the cars parked underneath.  At one point, I thought the birds were aiming at me — Ouch! — and one of them had a pretty good eye!

At times, the flock crisscrossed the sky, racing from tree to tree.  When they rested among the branches, they preened and played and called to one another — and as I cursed the damage (a yard littered with acorns and cars covered in poop), I took another cold breath of morning air, exhaled, and realized I wasn’t so sad anymore.

Instead, I relished the absolute joy of life exhibited by my fine-feathered friends.

I’m not sure how long I watched the birds, but when I returned inside, I made a firm decision to celebrate the wonders of summer with the help of some photos.

Over the summer, I found a baby Praying Mantis and managed to move it to a better location — for my purposes — in the garden.  That was the last I saw of him (or her) — until just recently.  I can’t tell if if this is my Praying Mantis.  I just like to think it is. 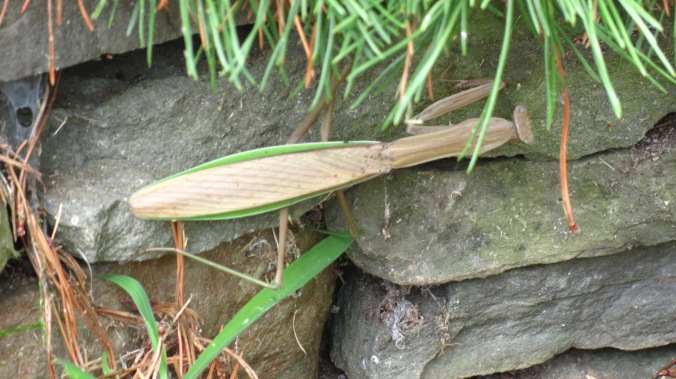 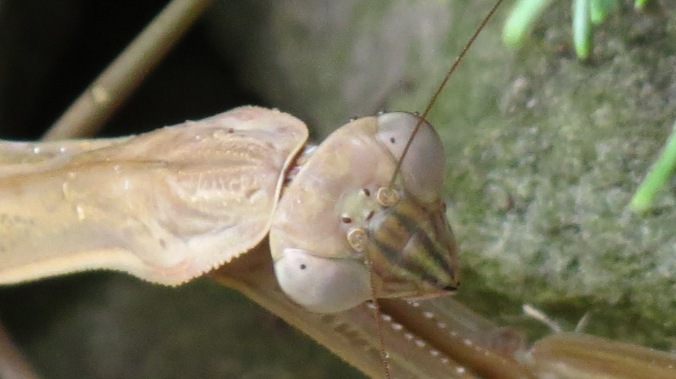 This is my one and only impatiens, a survivor of the recent blight that forced gardeners to seek out alternative plantings for their shady spots.  This small seed was self-sown from one of last year’s plants.  It found it’s way into a small crevice near the edge of the blue stone patio, and ever so slowly, it sprouted and flowered — a will to live and to share its beauty.

What it must feel like to be the last of its kind, to be the one that wasn’t supposed to be, but is . . .

I am reminded of Year of Wonders, a novel of the plague by Geraldine Brooks.  She wrote, “Here we are, alive, and you and I will have to make it what we can.”