On that December day in 1997, while driving home from work on a black ice kind-of-day on Long Island, my northbound Geo Tracker skidded and spun, slipped and slid on a heavily traveled parkway. In seconds or minutes, it became airborne as it tumbled through the trees and shrubs in the median, eventually landing on its side in the southbound lanes and then bouncing onto its wheels. 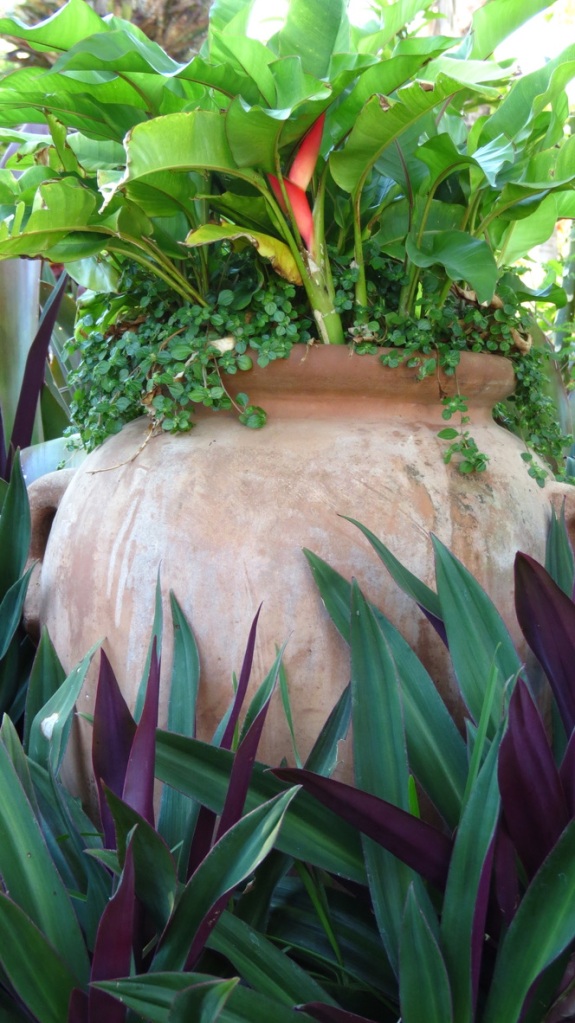 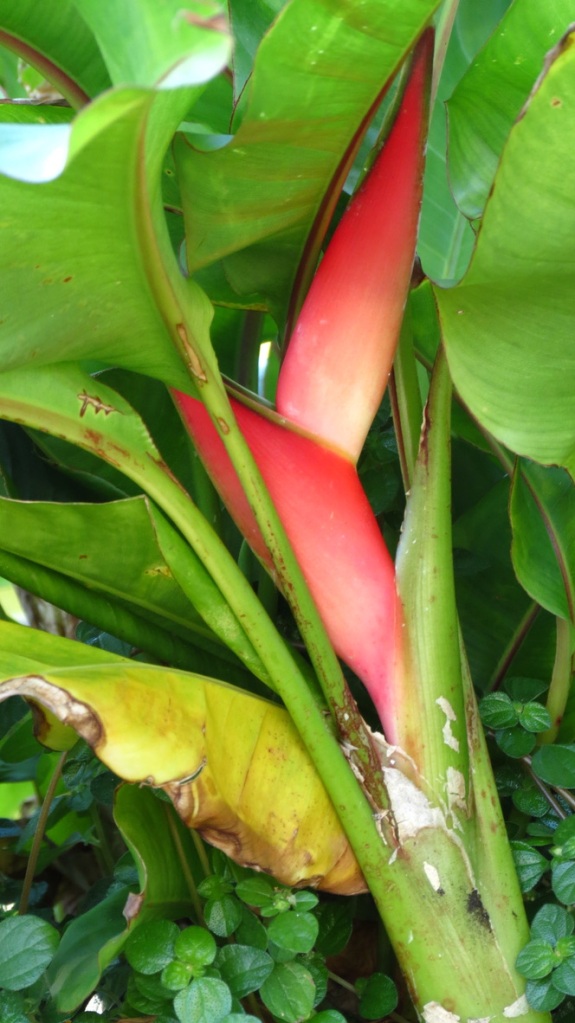 I don’t remember much of that day. I know that I didn’t land on any southbound cars, and none of them hit me. The blanks have been filled in by witnesses: a policeman who radioed for a helicopter (which was busy with other accidents that day), an off-duty ER nurse (who left his car on the side of the parkway to accompany me in the ambulance and stabilize me), and a former student (who recognized my car and me, and then placed my briefcase and phone in the ambulance). 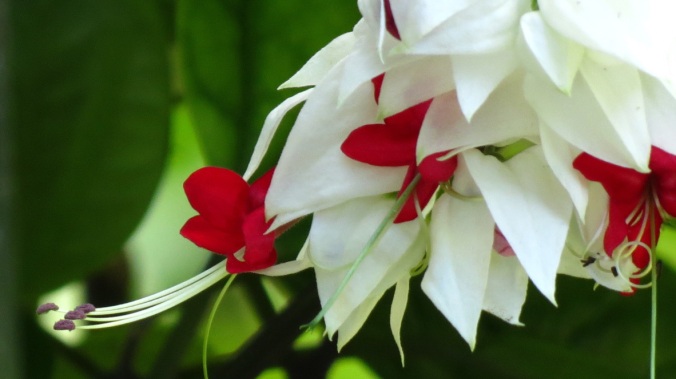 I arrived to the hospital with a fractured skull. One fracture was above my right eye, which was swollen to the size (and color) of an overly ripe plum. The other fracture was along the right side of my head. The doctors theorized my brain had smashed against the inside of my skull, fracturing it, after my car came to a sudden stop. 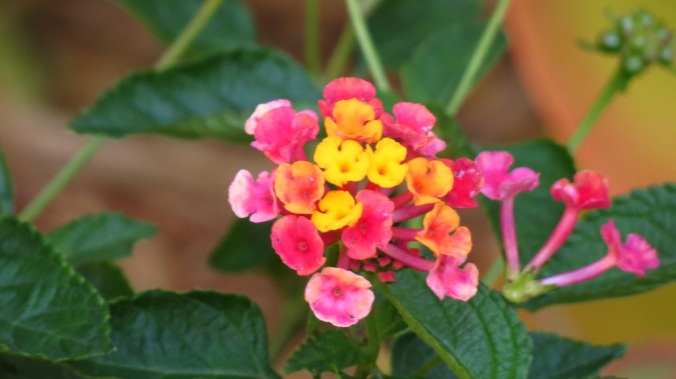 Lantana Esperanta, which reminds me of confetti.

I remember asking a doctor if I was going to die. He said no. I also remember hearing the noises around me, and telling myself that if I could keep hearing those noises, it meant I was alive. 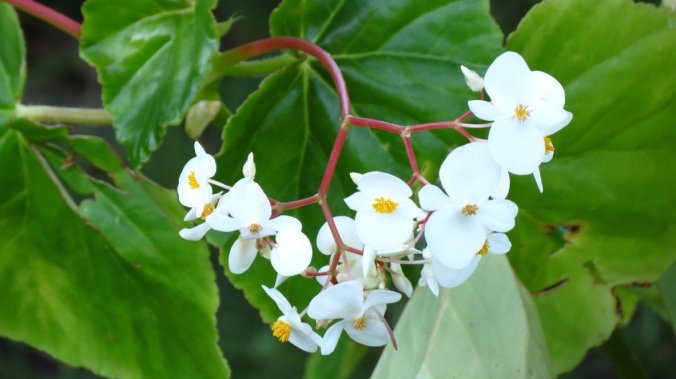 Forty-two staples later, and a tube draining fluid from under my skull, I spent many days in ICU reflecting on my miracle. By all accounts, I should have been dead — or at least severely brain injured. But I was fine. My brain was working. And I was thankful.

My neighbor’s Bougainvillea, which hangs over the fence for me to enjoy.

In the years immediately following the accident, I often gave it a lot of thought — making a big deal on the anniversary that it was my first birthday, my second, my third, etc. Somewhere, the day became lost. Other things, like life, happened — and although I knew December 12 was my date — it never occurred to me until after it had passed. 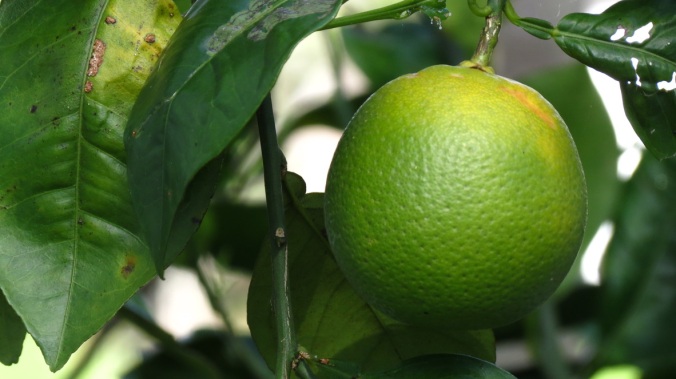 Until this year. Twenty years.

In the first few years after the accident, I would always take a personal day and do something fun. In New York, this usually involved Christmas shopping, present wrapping, or decorating for the holidays. In Fort Lauderdale now, I chose to take advantage of unseasonably cool weather — like a northern spring — in South Florida and honor the 20th by working in the garden, photographing plants, marveling at the vividness of colors, dividing and sharing with neighbors. I chose to celebrate life, my life.

While weeding, I discovered a coconut had started to sprout.

I spent some time dividing a clump of Crinum Lilies, which gave me a whole bunch to share with neighbors and friends.

Twenty years — so much has happened. Nieces and nephews who were children then, now have children of their own. There were losses and marriages (including mine to Joe), gray hair, countless students with whom I worked, heart disease, more gray hair, a blog, retirements, a move to Florida, and so much more. We all have so much more to fill in twenty years. 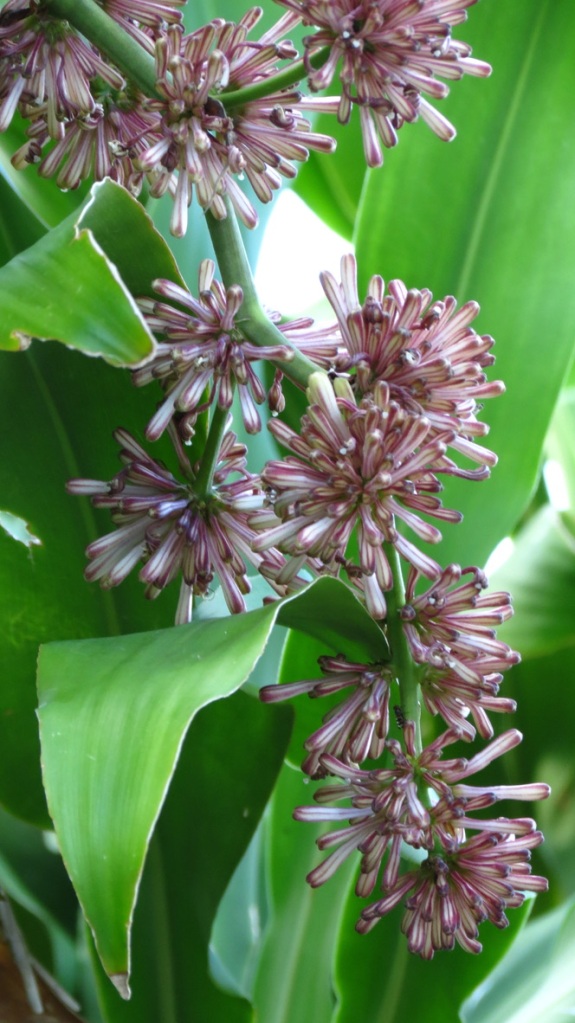 My neighbor also has Corn Plant (Dracaena fragrans) lining his property. The flowers are heavily fragrant at night.

As I worked in the soil and reflected, there were moments when I would pause to look at the swaying palms before a crystal blue sky, and think of what my life could have become (or not become) as a result of that accident. It was very much like the conversations I had with myself in the days immediately following the accident — if I hadn’t survived, if I had suffered severe brain trauma. Of all those outcomes, I was handed the most positive, the most blessed one. 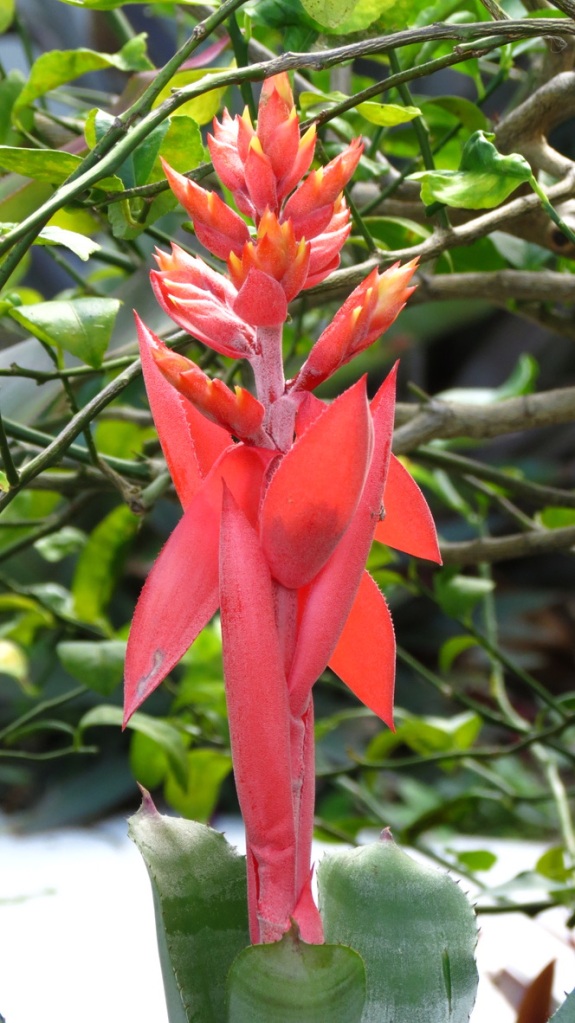 A friend gave me these Bromeliads, and they seem to bloom just before Christmas.

I was quite taken aback at how emotional I was on this December 12 — and in the days before and after. It was as if I was starring in my very own version of It’s A Wonderful Life. Rather than running through Bedford Falls, I was digging and planting and celebrating. Yes, it’s a wonderful life. 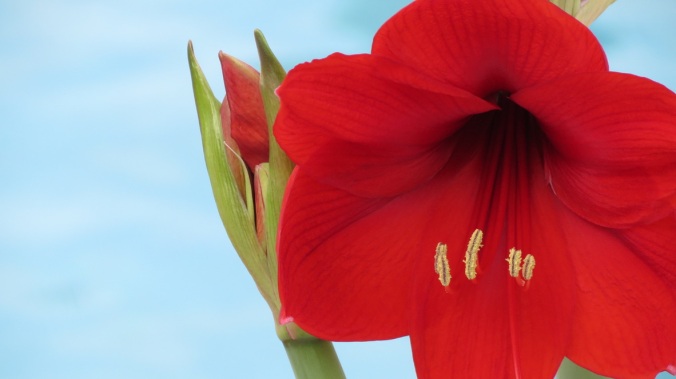 I planted this Amaryllis bulb a few weeks ago — and it’s blooming in time for Christmas.

On behalf of Joe and myself, I’d like to wish all of you Happy Christmas, Happy Hanukkah, Happy Holidays, Happy New Year. In other words, be happy. See you in 2018.