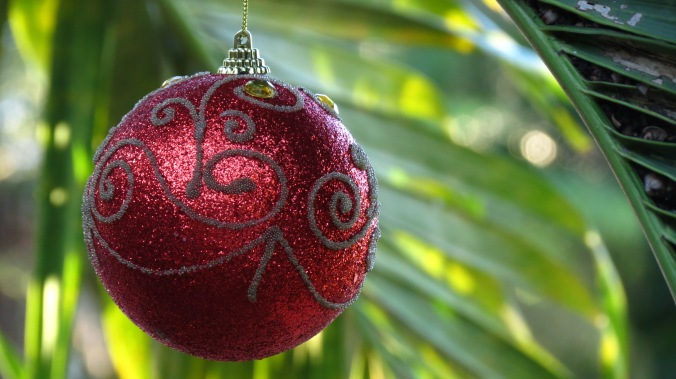 A local weather forecaster reminded me that in a few days it will be winter. The predicted high in Zone 10 for the day is 80 degrees, and I have to ask myself: “This is Christmas?” 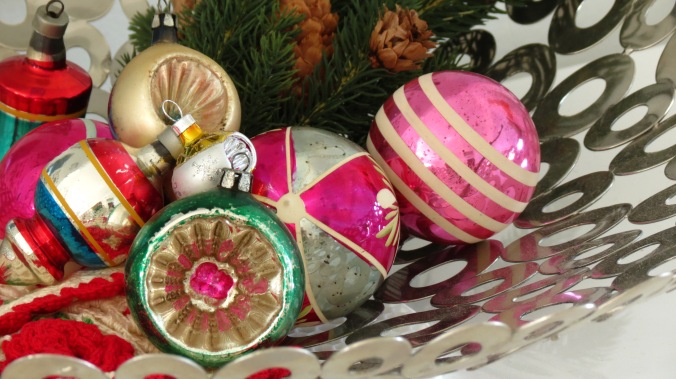 I’ve often thought the same thing through all of my northern Christmases, even though a white Christmas was never guaranteed on Long Island. There were many years when it was spring-like and others when it was cold and rainy. Nevertheless, I was a Christmas weather snob. Only northern locations could get the full holiday effect. After all, I reasoned, Christmas in Fort Lauderdale would be like, well . . . would be like a Christmas without snow.  Guaranteed! 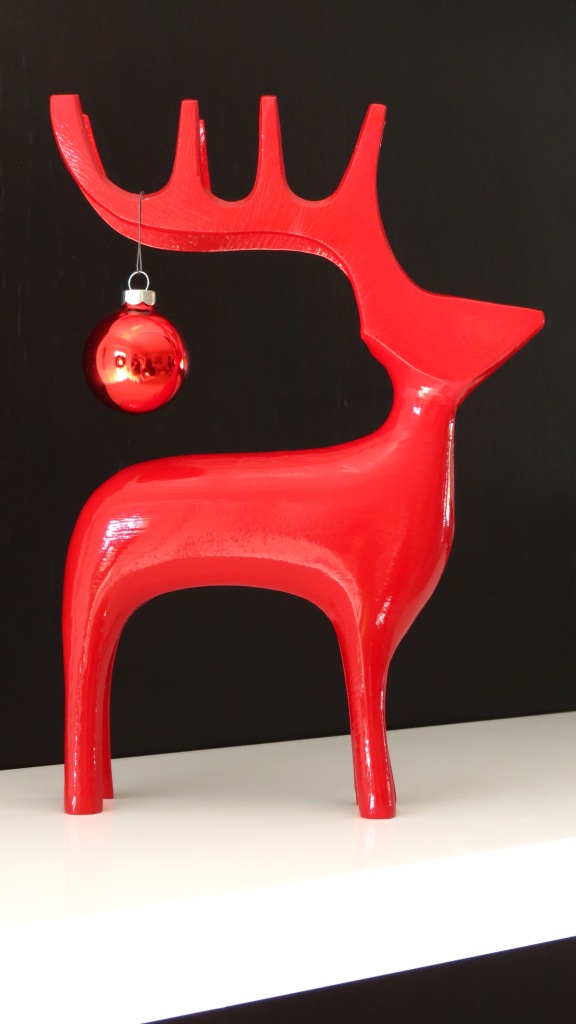 An obvious observation, I know, but one that is also quite profound — because now that I’m here for the holidays, I’m forced to consider if weather really makes Christmas feel more like Christmas.

This thought dawned on me as Joe and I, wearing shorts and sandals, purchased our Christmas tree on a 75-degree day. I added a sweatshirt to at least create the illusion that there was a chill in the air.

As we inhaled the fresh pine, I listened to the Christmas music coming from the speakers. There was lots of dashing through the snow and Jack Frost nipping at my nose, but nothing of tanning on the sand and sun burning my nose. 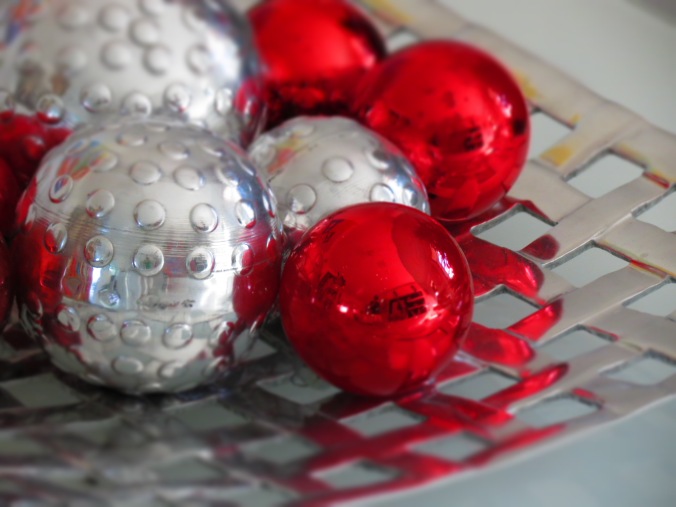 In fact, all of the carols playing on that warm December day had a decidedly chillier slant. Other than “Mele Kalikimaka,” there are very few Christmas carols that celebrate warm weather. Even Darlene Love’s monologue in her cover of “White Christmas,” the one where she mentions “the orange and palm trees sway,” ultimately has her longing to be up north.

By the time we purchased our tree and loaded it onto my pick up truck, I was a melted mess — off came the sweatshirt and on went the air conditioner and I said to myself that if this is Christmas in Florida then perhaps I shouldn’t bother with Christmas at all. 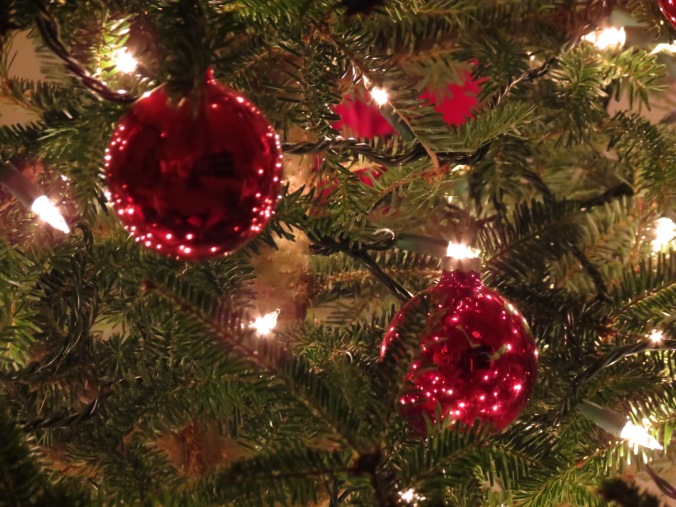 It was a definite Scrooge moment — and I like to think Charles Dickens thought the same thing and so placed A Christmas Carol in a wintry, snowy London rather than, say, in Key West.   I really can’t imagine Scrooge being Scroogey while strolling along palm- and hibiscus-lined lanes.  For proof, consider what the tropics did for Marley. Bob Marley, that is.

In the weeks since we purchased our tree, I’ve tried to adjust to this new Christmas climate. Joe and I decorated the house, which is always a chance to get reacquainted with some old friends — but even the decorations seem a bit perplexed by the warm weather. I think they’re wondering if we’re hosting a Christmas in July party. 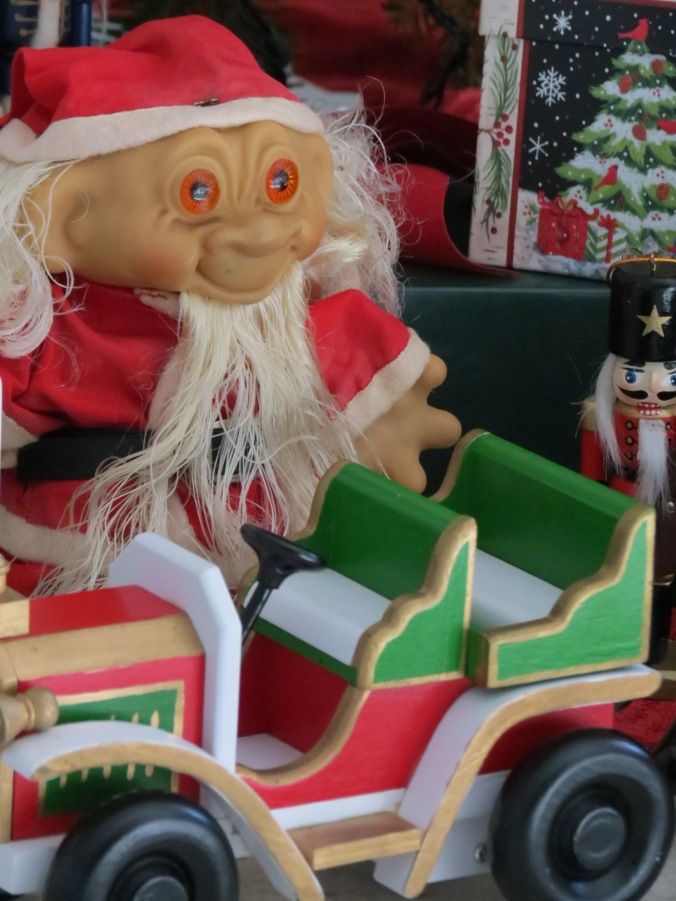 I’ve even immersed myself in my Christmas playlists — while I was outside weeding and planting, something I’ve never, ever done. This winter holiday with summer weather feels strange, like a sweater that has one arm longer than the other and a seam that slightly pulls to one side so your always trying to shift the sweater back in place.

I was about to resign myself to this admission when a moment happened. A local Florida town hosted a tree-lighting ceremony, with entertainment provided by the students from a local elementary school. 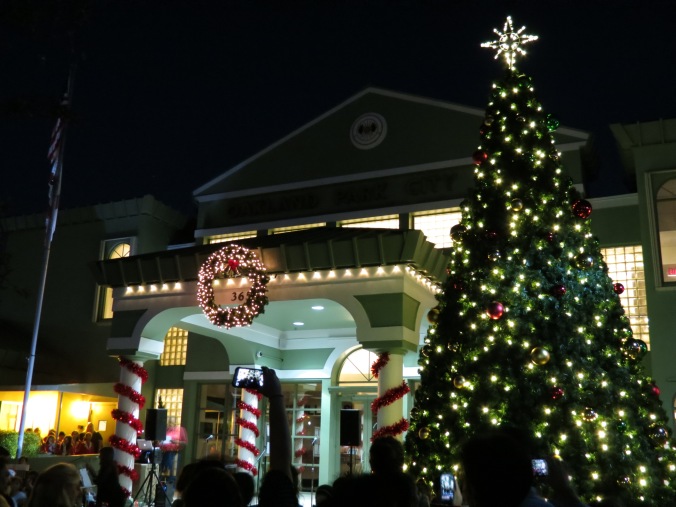 On the steps of city hall, the kids, dressed in red and white and wearing Santa hats, sang of snow and cold and winter wonderland delights for their families and friends and neighbors, all of whom wore summer clothing. Many of the kids had never experienced snow, Christmas or otherwise — but their enthusiasm and passion never wavered. 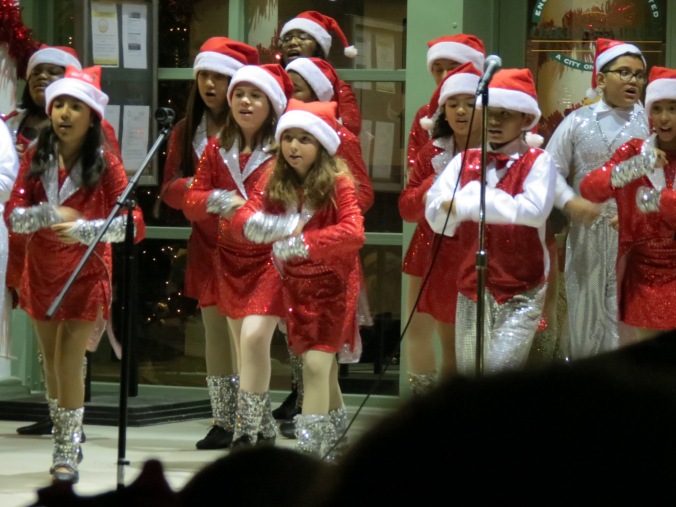 Their belief in Christmas was astounding, their feeling contagious — and their excitement grew with the announcement that in a few minutes, Santa Claus would be arriving atop a fire truck.

And under so many stars of wonder on this mild, calm December night, I realized that Christmas doesn’t care if you celebrate it in Alaska or Hawaii, New York or Florida.

Christmas is more than a feeling.  It’s a state of mind. 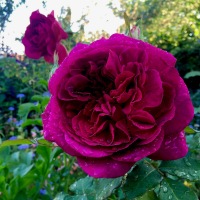 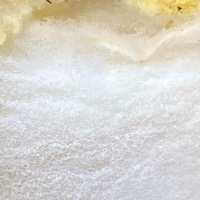 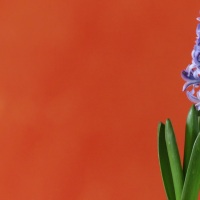 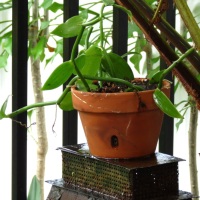