Hidden beneath the asphalt and manicured communities, the condo towers and man-made canals of southeastern Florida, there is Old Florida — very, very Old Florida.  It’s the Florida that existed long before Henry Flagler built the railroad that opened this region of the state to developers.  It is, perhaps, the Florida that greeted the first settlers.

That idea is what inspired a group of scientists from Florida Atlantic University and Broward Community College.  It was 1979, and their article, “A Tropical Fern Grotto In Broward County,” was published in the American Fern Journal.  That 247-acre grotto was actually a remnant of how Broward County once looked.  More than 30 species of ferns were found living among  200+ species of other plants, all of which inhabited swamp forests, hammocks, pinelands, and prairie ecosystems. 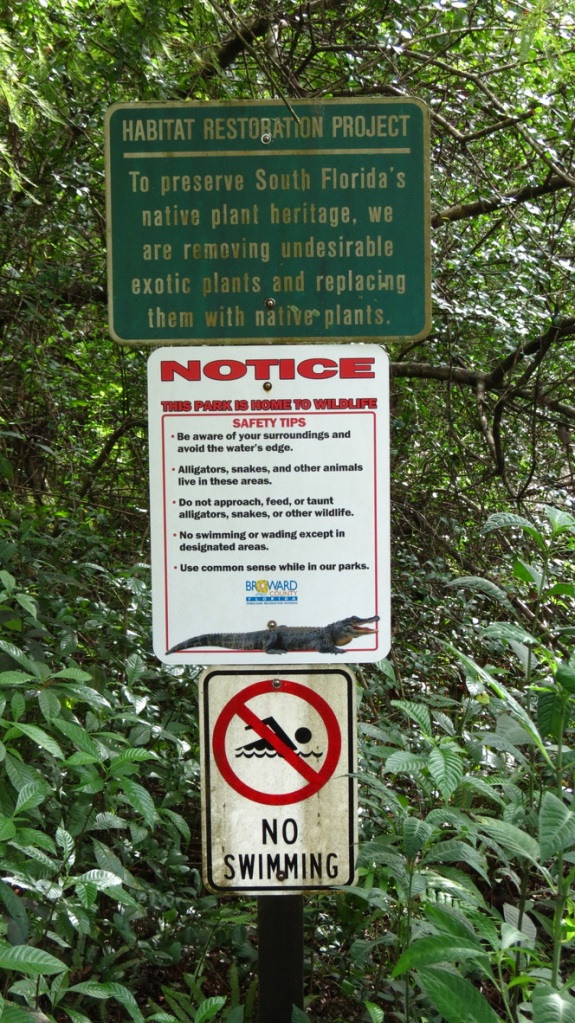 As a result, the land was made a Designated Urban Wilderness Area and named Fern Forest Nature Center.  Walking through the habitat, on both boardwalks and natural paths, allows visitors to take a step back in Florida history.

Much of Florida sits on limestone. Here, large moss-covered chunks make up the floor of the habitat.

The prairie habitat is adjacent to . . .

. . . the swamp habitat, where the leaves of swamp plants resemble leaves on the reflected branches.

Just about ready to bloom.

A convict caterpillar, which will eventually become a Spanish moth.

Cypress trees make up a large number of the plants growing in the swamp forest. They’re easy to identify because of their “knees.”

A close-up of cypress knees.

Air plant colonies are well established along the branches of many of the trees. 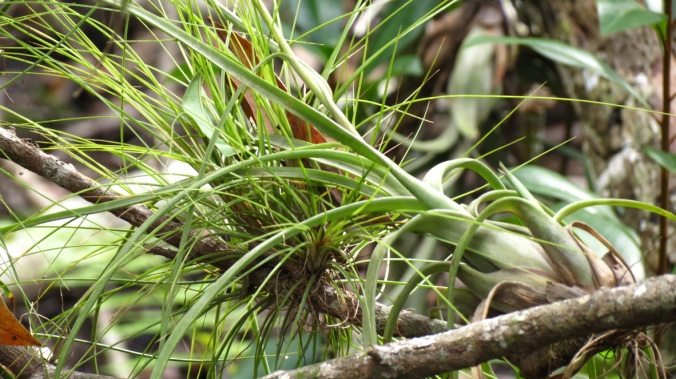 The habitat provides food and shelter for wildlife, either alone . . .

Fern spores on the underside of a frond. 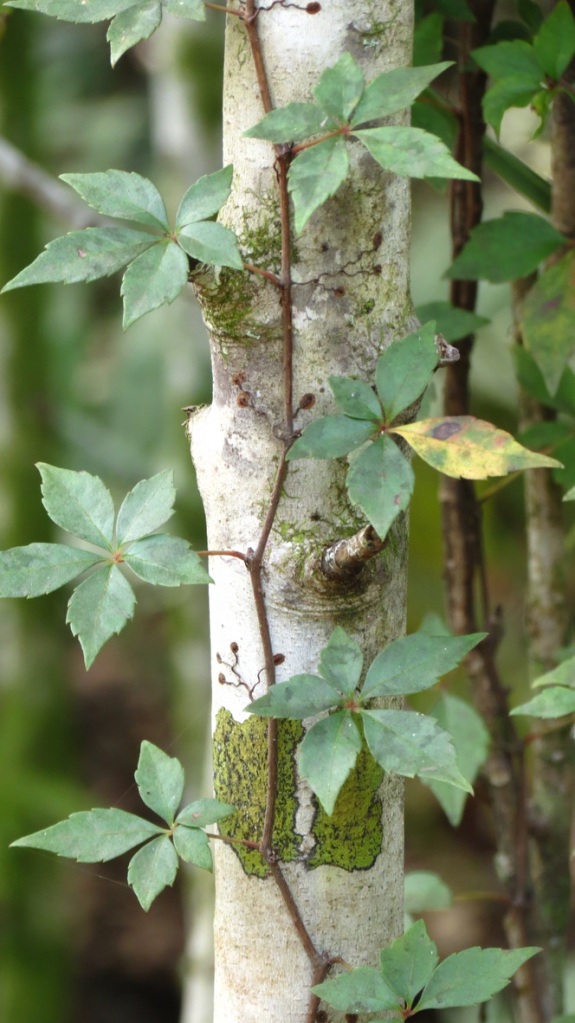 Vines are quite happy here.

I’m not sure of this plant’s identity (it could be the invasive Brazilian Pepper Tree) — I just thought it looked like it was ready for the holidays.

Fern Forest Nature Center is located at 201 Lyons Road, Coconut Creek, FL 33063. It’s open from 9 a.m. – 5 p.m., seven days a week, except for some holidays. Check out their calendar for various events.